Let’s Be Human Together

Has it ever happened to you? Someone aggressively tells you that your opinions are garbage, your natural inclinations are messed up, and you are generally an all-around asshole, and you think about it for a moment and say “I see your point. I am going to work on myself to become better.”

I’m willing to bet that you never reacted this way to an attack, especially if you felt that it wasn’t justified or felt helpless to change the part of yourself that’s being criticised. If you are like most people, it probably entrenched you in your opinions even deeper, and increased your resolve to defend yourself. In these situations, it doesn’t even matter who is right and who is wrong. The formula will always be the same: Neither of the two parties is leaving the interaction as a more inspired, kinder, or more tolerant human being.

Yet, this is the scenario we have been replaying over and over, and this is what we are doing to each other these days. Here is the thing. Our nature seems to be composed of two parts: an animal and a human. The animal in us evolved like any other animal, and it gave us the part of our brain that makes generalizations. If you eat a hot dog before going on a roller coaster, and the roller coaster makes you throw up, your animal brain will form an aversion to hot dogs, even though it wasn’t its fault that you got sick. You will have acquired a new “prejudice.” As a side effect, owing to this animal brain we form similar generalizations about other people based on simple patterns our brain establishes based on perceptible attributes, including cultural, racial, gender, and other generalizations.

However, there is also a higher part to us — the human within. This is what we should be appealing to when we have dialogues about how to establish a tolerant, kind, mutually supportive society. This is the part that allows us to form a reaction to the initial reaction, and if needed, to override it.

The animals around us don’t change from generation to generation, don’t accumulate new ways of relating to one another. People do. However, the reason why we haven’t seen much change in the social equality and wellbeing department of our society is that we have been trying to push it by force through those ‘animal’ brains that are so resistant to change, and will always defend themselves above everything else. It is only that higher, more exalted human part in us that can allow us to bring the changes we are so starved for. But it will be a learning process. A mutual learning process that we can only do together, because the human part is also very dependent on others for patience, for kindness, for inspiration, for understanding, and support. We need to learn how to tell the two aspects of our being apart, and how to relate to each other human-to-human. This is the only way we can heal our society. 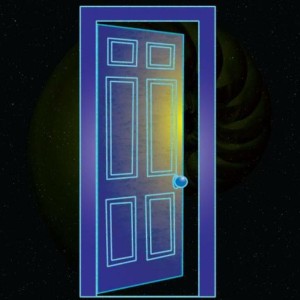 We’re one, and it’s good to connect.

We’re One is a non-profit initiative from Above Reason.

Select the right date, leave your name and email and we will send you the access details for the Open Diner.

This event will be broadcast live on facebook, as well as recorded. Therefore, we ask you to agree to the disclaimer.